I was reading Twitter earlier on today and got a bit of a shock! Being half asleep though I chose to ignore what I had read and put it to the back of my mind. It was then this afternoon when I got an e-mail from Danish iWeb user Peter Vistisen when it suddenly hit me. There is a vicious rumor spreading around the WWW that iWeb has not much longer left for this world. Yep very soon our favorite app for creating our beautiful webpage masterpieces may well be no more.

How can this be I hear you cry! Well according to MacRumors Steve Jobs has announced it. AAAAGGGHHHHH!!!!

That’s right. Yesterday afternoon (Sunday 12 June) MacRumors published a copy of an e-mail that an anxious iWeb user had sent to Mr Jobs asking whether or not they would have to look for an alternative to iWeb and MobileMe once iCloud went live, and in a one word answer ‘Yep’ iWeb was given the chop. You can read the full post by clicking on the image below.

So what do we think of that? Well I am in two minds. As I said in my reply to Peter it may be me being naive but can I really believe that the head of Apple would simply reply with just ‘Yep’? I’m not so sure. I know he’s a busy bloke but really????

But on the other hand, when iCloud was announced I took a look at the iCloud web page on the Apple site and iWeb hosting wasn’t mentioned, at all! So I decided to get in touch with Apple and had an on-line conversation with the MobileMe support team and asked them if iWeb would still get hosting on iCloud. They pointed me in the direction of the iCloud web page on the Apple site and told me that they knew as much as that web page told me! (I had to chuckle when they asked me if they had solved my problem, great support).

Do you think iWeb is going when MobileMe goes in June 2012? If it does what will you use for your web designing app of choice? Leave us a comment and let us know. 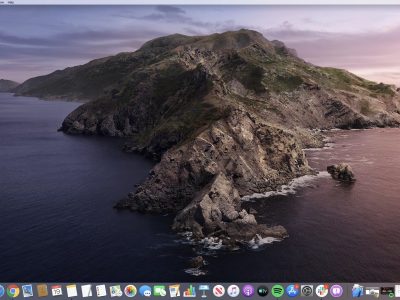