For those of you that have been following my series on SEO for iWeb you may well have notice Danny’s comment at the bottom of Part 3 – Keywords. I gave this comment some thought and then came up with an idea. I would take the section of Danny’s site and do a sort of ‘before and after’ thing to show you which meta-tags and keywords I would use along with any other changes. So I emailed Danny and he agreed. I won’t be making the changes to his live site, as he may not agree with the things I do, but I thought I would publish them here so that you (and he) can all see, and hopefully understand a little better, what I have been writing about over the last few weeks.So to begin with lets take a look at the section of Danny’s web-site.

And there it is. Things that we can pick out straight away is that Danny is not using a default iWeb theme for his site (he has set the width to 950px) so he must have changed it in some way. In addition, he is not sticking with the usual page names (such as Home, About Us etc) and has gone for his own. THis is reflected inbetween the tags.

So what would I do?

Initially I would change the text between the tags. I can see what Danny is trying to do here by adding loads of ‘keywords’ to his <title> tag in the hope that would-be visitors to his site use those words to find him in a search engine. Search engines do use the text between the <title> tags but only to show the ‘Title’ of the web site (hence the name of the meta-tag). The way Danny has it at the moment, I feel would look bad if I did a search for his site (and found it) in, for example, Google. Danny’s site is based on his local cycling club The Gregarios and, as you can see there is no mention of their name anywhere in his <title> tag. So, if it were me my <title> tag would look like this.

Next comes the addition of the meta-tags. We can see that iWeb has already added 4 for us such as ‘generator’ and ‘iweb build’, but these really don’t do much for us in the way of search engines (unless your looking specifically for sites built in iWeb).

The only thing we have to decide is which meta-tags to include. To keep things simple I will keep to the minimum, and they are the ‘Description’ and ‘Keywords’ meta-tags. To begin with we have to take a good look at the web-site once more, but this time through the eyes of someone who we want searching for it. Once that is done you can decide on which keywords and description to use.

Personally I would use the following keywords:

And my description would be:

As meta-tag code this (along with the new tags) would look like this:

And to get it all into the web-site use MassReplaceIt, once the site has been added to a folder Add the current tags and their text to the ‘Find’ box and the code above to the ‘Replace’. The relevant pages could be selected and added to the ‘File’  window before selecting the Replace button.

The reason I have picked those words and phrases for my ‘keywords’ is because they are all mentioned, in one form or another on the in home page of Danny’s site. As I mentioned in a previous post SEO for iWeb – Part 4 – Keywords, to improve your search engine standings, the keywords you choose for your meta-tags must be reflected in your page’s text. Additionally, if I was looking for a cycle club in West London those are the sort of phrases I would type into a search engine.

There are other meta-tags that we could add, in particular ‘Robots’. These enable us to decide when search engine spiders should revisit the site, how often new content is added or how long data is relevant. I shall be discussing these in a future post.

As always it is important to remember that anything you do to your web-site relating to SEO is not immediate. It can take weeks, sometimes months before your site is indexed and you see any improvements, so patience is required. 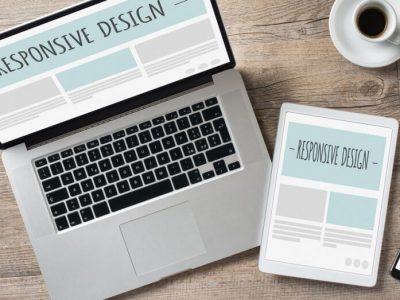 6 Responsive Widgets Hints and Tips for a Better Website!

What Page Type in EverWeb Should I Choose?